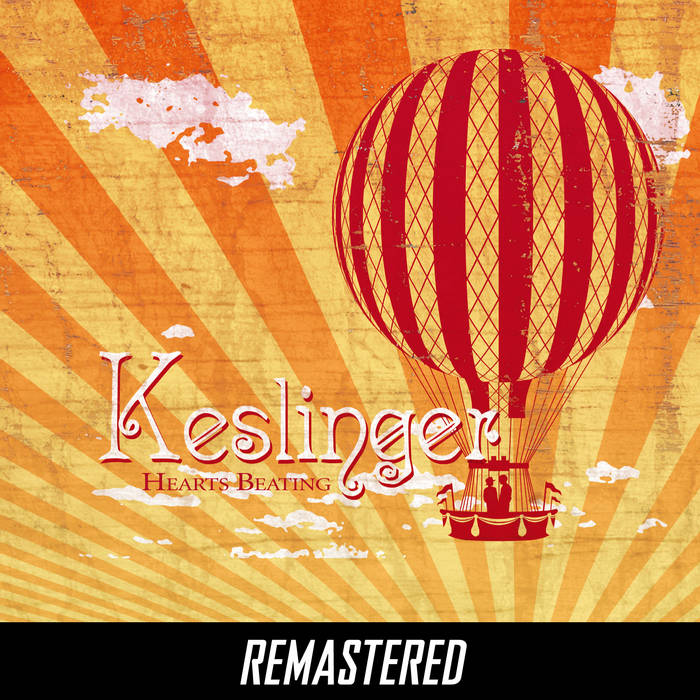 Ever since I finished the remastering of our self-titled album, I wanted to try to "fix" Hearts Beating. The original production was a big step for me, but it still comes across pretty muddy and coarse. I was a little scared of what I would find when I loaded the old sessions, but I was able to get everything back in place. The only problem was that I didn't have the original files, because I had foolishly applied all the effects to the tracks. So if I had a really thick effect on the track, I couldn't adjust it, just work around it. This is also why the remastered version is a little quieter than the original.

I spent the most time on the drums, trying to apply what I've learned about compression by thickening them up and making them hit harder. In addition to other subtle tweaks, the guitar tone got a little more low end, and adjustments to the midrange. One of the main faults of the original mix is that I thought the only way to add more intensity was to layer more guitars, which resulted in a really muddy mix. Since the drums have more intensity now, I was able to take some of the repeated guitar layers out to clean up the mix in each song. Also, I think in subtle ways, I tried to make the tracks feel more like they felt live near the end of our time as a band.

I hope I didn't "George Lucas" this EP, but I think it's a lot more fun now to listen to these songs that I love.

At one point when I was designing the album art for Hearts Beating, I realized I was struggling with finding the right tone. I was pushing it to be light-hearted, to try to compensate for the seriousness of the songs. When it hit me, it was a small revelation about Keslinger. As a band, I think we were taking our music much more seriously, and it gave these tracks an earnestness and a heaviness. There was barely any pop-punk left, as our heavier influences had crowded it out. We were bringing in stuff like distorted bass, slower tempos, bigger arrangements, and longer songs (most are over 5 minutes). Looking back on these now, each track's unique personality stands out as compared to our more homogenous songs from before.

Some of the eclecticism was due to the addition of Justin Wolf on keys. Near the end of the recording process, Justin added his personality to the mix with rhodes, piano, synth, and lots of "bro." Hearts Beating also marked Chris' exit from the band. With a baby on the way and the strain of living an hour from our practice space, he decided to step down from the throne. The EP was released shortly after his last show.

Our seriousness about music (not to be confused with professionalism) came out in the recording process as well. We recorded to a click, tested mic placements, tweaked guitar tone, tracked and re-tracked parts. I had been learning more and more about recording and producing so I took the mastering reins. I didn't really know what I was doing, but through a lot of experimentation and missteps (like mixing with $10 headphones, or recording all the guitars in my dorm room through a $10 usb mic from Walmart), we were finally finished with 6 songs that we were really proud of.