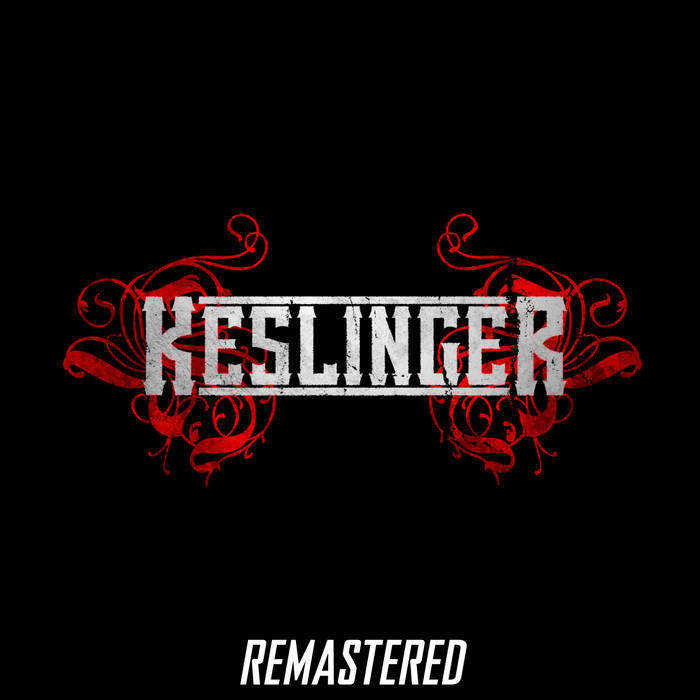 A few years after recording our full-length album, I had learned a lot about mixing and every time I listened to our album, I heard something new that I wanted to tweak. Eventually I broke down and loaded up the old session files. I was a little worried that I'd get carried away and do more harm than good, but thankfully my lack of motivation helped me keep things reasonable.

I spent most of the time remixing the drums. I had relied on volume before to make them sound intense, but that just created an imbalanced mix with the drums being super loud. This time around I used compression to make the drums hit harder and sound more natural, while not being too loud. This allowed me to bring out the guitars, bass, and vocals more. Among other tweaks, I warmed up the guitar tone a little bit, and added some reverb here and there. The mixes are all a little quieter than the originals cause I ran out of mastering motivation, but if you turn up the volume just a little, I think you'll really enjoy the new mix.

It's interesting how a band can have such a different perspective on an album than a listener. For instance, we experienced writing our songs in a steady stream, one after the other, each one building upon the last. Recording a cd didn't really interrupt that flow. When you do record though, you are essentially putting years of growth and change into one instanced expression. Chronologically, this album was pretty epic. I wrote "That Year" back in the Mitchell days when I was 15ish. "Are You Listening" was a track that we wrote for our 2nd EP in 06. We never really stopped writing while we were finishing Hearts Beating, and we didn't stop until we were done recording the full-length album. "Masquerade," "Liar," and "Drone" all came together in the "studio" as we were laying down the tracks. The listener experiences this timeline compressed into a moment.

This album consequently is a really natural progression from Hearts Beating, even with our line-up change. Justin Wolf went and got himself married and Ben Runkel stepped in as our drummer. Ben brought a lot of energy and professionalism with him. We all knew it was a great fit when he was instinctively playing key fills from our older songs without ever hearing them. He helped to shake us up and see different possibilities for our music. He also helped us all play better, since he was a big fancy-pants music major and we could barely play our instruments. The bar was raised!

Once that transition was settled, we immediately got to work on "We Move As One," written based on a circle of minor thirds. What better way to welcome our new drummer by giving him a drum solo in his first song with us! The rest of the writing process continued to be very experimental. We explored a lot of things that were new to us, including some darker and heavier territory. We were also learning how to carry our weight as members of a band. We didn't have to manufacture a bunch of extra parts, or overtrack in the recording process because we were learning how to play with each other and fill out our parts. Lyrically, the album's content got more and more personal for Seth. His lyrics wrestle with a lot of close friendships, the church, remorse, and unity.

Filling out each song for the album became more of a group effort, with Seth writing a lot more of the music for this album ("Paper Things," "Set On Fire," "Haunt You"). Nick got in on the writing action too with "Later." Ben also wrote extra parts for chromatic percussion and orchestra. To round out the track list, we re-recorded "Are You Listening" and "That Year," mainly because we thought we didn't do those songs justice before. And on the spur of the moment, Seth heard me messing around with my loop pedal, hit the record button, and the album's "Interlude" come into being.

We tracked drums in Seth's garage in the dead of winter and then Nick tracked 12 songs in a day. We researched recording methods and really tried to do things the "right" way. After we knocked out guitars and Seth screamed through the vocals, there was a moment when we realized that we could really try anything on this cd. Why not have gongs, didgeridoo, marimba, vibraphone, or an orchestra? We were able to get most of our wild ideas done through Ben's NIU connections, including having an orchestra perform pieces Ben had written for "Prologue" and "That Year." I think a huge benefit to our process was the freedom to say "why not?" And even though the intensity with which we created this album left us feeling exhausted, we couldn't be more proud of our first and last full-length album.

Seth filmed throughout the recording process and you can see the videos from the dvd here: www.youtube.com/user/keslingerrock